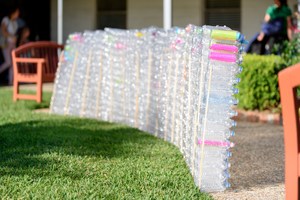 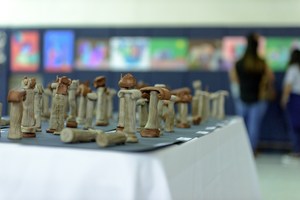 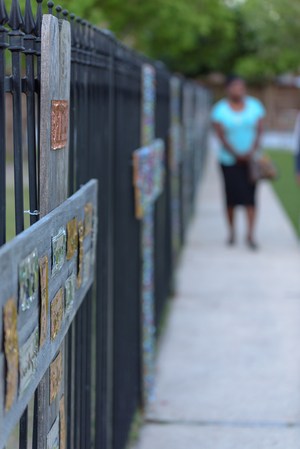 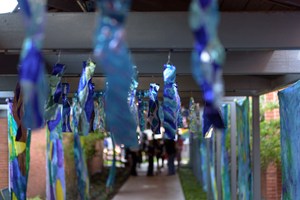 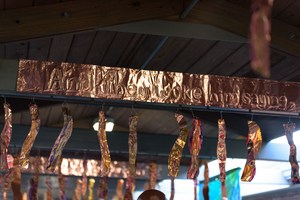 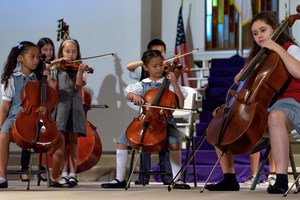 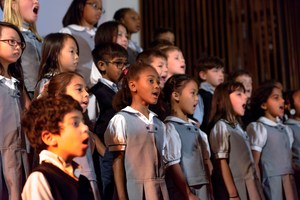 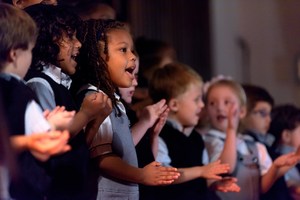 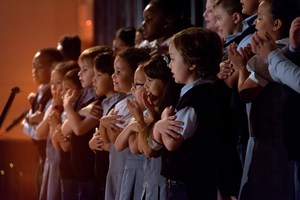 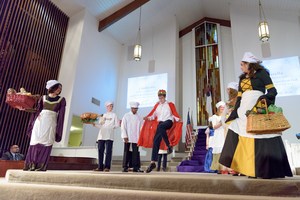 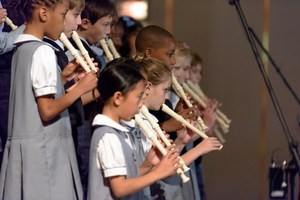 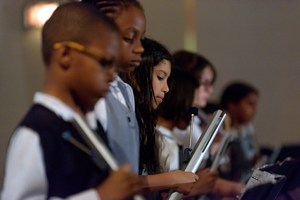 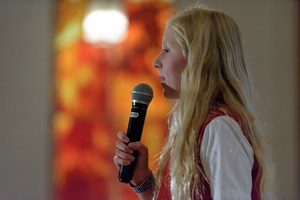 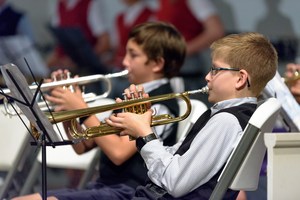 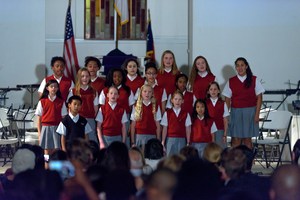 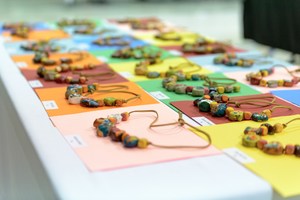 View a few pictures from this year's Fine Arts Night!
This year's Fine Arts Night - Pray. Create. Connect. - featured not only individual art galleries from all Veritas students but also include community art galleries; allowing everyone to participate in a prayer themed evening.  The community art galleries included the Water Walk to encourage continued prayer for those affected by and still recovering from Hurricane Harvey; The Green featured an area to pray for peace and healing which featured ornate crosses made by Veritas students; and the Courtyard with The Prayer Wall with a focus of prayer for God's promises in our lives.
The performances were classical Disney themed and incorporated performances from all Veritas students.  These groups included students in the Veritas Conservatory of Music, our award winning Lower and Middle School Concert Choirs, and both Middle School bands.  The audience was also graced by the angelic voice of fifth-grade student Eden Droog as she performed her solo of "When You Wish Upon a Star".
Published April 30, 2018 Print